Benny Wenda is a traitor to the Indonesian people 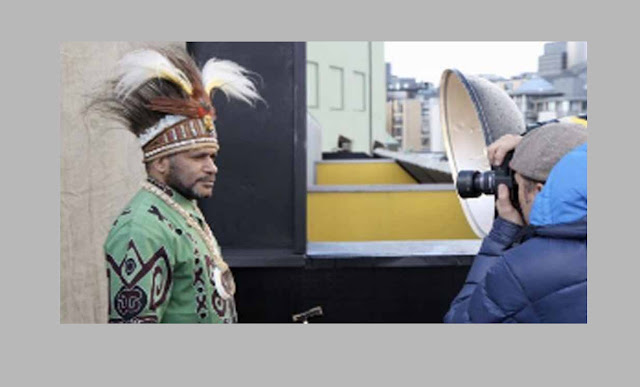 There is Benny Wenda behind the Papuan riots. The separatist who had hacked the Abepura Penitentiary iron bar in 2002 is no longer an Indonesian citizen.

Benny's involvement in the riots in Papua was explained by National Police Chief General Tito Karnavian. Benny deliberately masterminded the riots in Papua in hopes that the problem could be raised at the forum of the UN High Commissioner for Human Rights (OHCHR) and the UN General Assembly on September 23 and 24.

"The goal is. Nothing else, who is playing? Benny Wenda. The point," said Tito during a press conference at Bhayangkara Hospital, Abepura, Papua, Thursday (05/09/2019).

He is born in Baliem, Papua from the Lani Tribe. But now its work to support the separation of Papua from the Unitary State of the Republic of Indonesia is becoming increasingly severe. Investigate a calibaration, apparently he was no longer an Indonesian. This was confirmed by the Director General of Immigration Ronny F Sompie.

The Indonesian National Police Chief (Kapolri) Police General Tito Karnavian concluded that Benny Wenda was the alleged mastermind behind the riots inside and outside Papua and West Papua.

Benny, the separatist figure who led the United Liberation Movement for West Papua (ULMWP) and the West Papua National Committee was also claimed to be the driving force of the Papuan Student Alliance (AMP) rallies.

From Tito's statement in Jayapura, Papua, Thursday (05/09/2019), Benny's effort to lead the masses was to produce and spread hoaxes in the tone of propaganda.