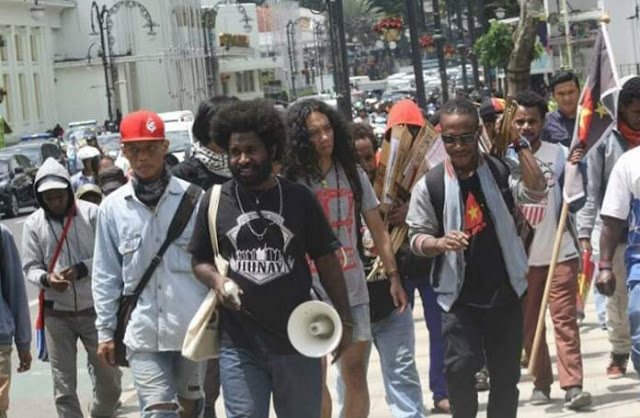 Rudy said that his office had taken steps to deactivate Sarce Christiati from his position as Sukajadi police chief. The West Java Regional Police will seek a replacement for Sarce Christiati to fill the position of Sukajadi Police Chief.

"We have already taken steps (deactivated) from the results of the inspection. We agree, I have decided that the relevant parties are deactivating their positions," Rudy said at Mapolrestabes Bandung, Friday (8/23).

Rudi did not want to disclose the actions to be taken to Sarce. He also has not yet told the name of Sarce's successor as Sukajadi police chief.

See also: Reasons Papuan Students Refuse Miras Gifts from the Bandung Police
Rudy only conveyed an apology for the sending of alcoholic drinks by Kompol Sarce to Papuan students in the city of Bandung.

"I apologize to Papuan students for the alleged incident of my members sending drinks to colleagues," he said.

While students who live in the hostel are protesting in front of Gedung Sate.

Spokesperson for the Bandung Papuan Student Alliance Abraham Kossay explained the chronology of the giving of alcohol. The Cowboy Hat branded drink was sent on Thursday (8/22) around 13:00 WIB.

"Yes, that's right, it was indeed the police sent at 1 (noon) to the hostel, there were 2 boxes. In the dormitory there were our friends who were cooking," Abraham told MEDIA, by telephone on Friday (8/24).

Abraham said the introduction to the alcoholic drink was a policewoman wearing a police service uniform. He called the policewoman named Cristiati.

The policewoman left a message that the recipient of alcohol is prohibited from telling anyone related to the party sending the alcohol.

"When delivering, 'This is for the younger siblings after returning from the action, you drink for the night's rest. You can't tell anyone if it's from Mother,'" Abraham said, imitating Christiati's statement.

The box was then taken to the location of the action in Gedung Sate. The Papuan Student Alliance refused the alcohol and returned it to the police.

"The consumption team saw the drink as soon as possible, and immediately took it to the location of the action," Abraha said