5/22/2019 08:56:00 PM Posting Komentar
Indonesia is a country with many islands, there are many tourist attractions such as Mountains, Beaches, Heritage History, flora and fauna, so don't hesitate to take a vacation to Indonesia because there the people are so friendly and friendly with local and international tourists, When you visit Indonesia but do not know where you want to see tips for recommendations on four tourist attractions in Indonesia as follows:

Recommended Places of Tourist in Indonesia

1. Sumberawan Temple, the only Berstupa Temple in East Java, Indonesia

Sumberawan Temple is located about 6 kilometers from Singosari Temple in Tumpang. The location of this temple is on the edge of a pine forest located on the slopes of Mount Arjuna, located between a pond that comes from a water source beside the temple. 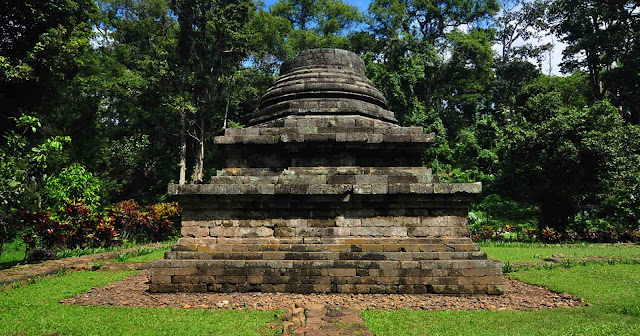 Malang is known to store various historical values ​​with many found temples with Hindu and Buddhist influences. This time, I visited the famous temple called Sumberawan in Malang. Like other Hindu temples, Sumberawan Temple also keeps a long history of the story of the Majapahit Kingdom.

Sumberawan Temple is about 6 kilometers from Singosari Temple in Tumpang. The location of this temple is on the edge of a pine forest located on the slopes of Mount Arjuna, located between a pond that comes from a water source beside the temple. 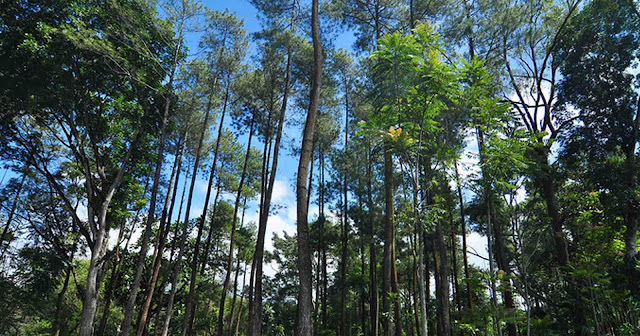 The cloud source is the only temple shaped stupa in East Java. In front of the fence the temple location has two name placards, namely the Sumberawan Temple and the Written Sumberawan Stupa. This stupa is approximately 2.23 meters high and is located in Toyomarto Village, Singosari District.

Sumberawan Temple is inseparable from the Majapahit kingdom, especially in the era of Hayam Wuruk's leadership. Based on the book Negarakertagama, the Sumberawan Temple was built in the 14th to 15th centuries.

In the past, the location of the Sumber Awan Temple had been visited by King Hayam Wuruk when traveling around his territory in 1359 AD. Hayam Wuruk then found several sources of springs that have high auras. The location was then built Kasur subscription or pedepokan.

This temple was first discovered in 1904. When found, the temple stupa was gone. Furthermore, in 1935, research was carried out by the Archeological Service of the Dutch East Indies. Then a restoration was carried out on the foot of the temple in 1937, but it was not completed because there were several missing parts. Then, the Sumberawan Temple was reconstructed in an emergency. 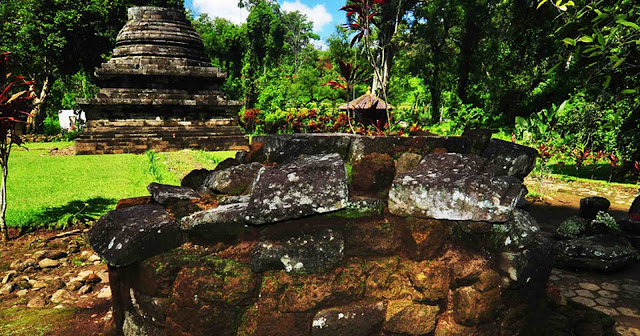 Around the location of the temple there is also a building that is used for spiritual actors who want to spend the night. There are two rooms that in front of them emit water which never stops. To the west of the temple there is also the location of the spring that is used as a place of purification. These locations have never been quiet from a number of offerings as well as the aroma of incense and sekar flowers.

Sumberawan Temple is proof of the history of the nation as a red thread of the glory of the Majapahit Kingdom, a form of community development with all aspects of social, religious and cultural life in Indonesia. The remaining temples are now a tangible manifestation of cultural wealth that is timelessly swallowed by science. 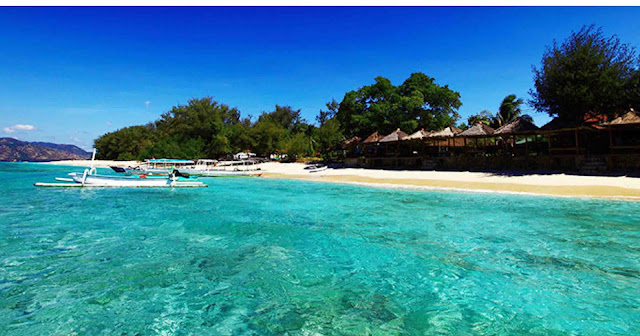 The three Gili in North Lombok is indeed a mainstay of tourism here. However, behind the beauty is also stored traditional and religious tourism in North Lombok.

The variety of tourist attractions in North Lombok is very diverse, ranging from waterfall tours, traditional villages, historic buildings, and not to forget the exotic beaches. No wonder the North Lombok region is also often a favorite tourist destination for tourists. Especially for those who want another tour from Lombok besides the beach.

The majority of the population of Gumantar Village embraced Islam, so that the Islamic atmosphere was so thick when entering this village. As proof that the religion of Islam has developed there for a long time was the discovery of many Islamic heritage sites, including the establishment of the old mosque in the village. This village is one of the attractions of tourist visits from various regions.

This mosque is in Bayan Village, Bayan District, North Lombok. Bayan Ancient Mosque is the oldest mosque in Lombok. The Bayan Village community itself often performs various traditional ceremonies that invite the attention of local and foreign tourists. The ceremony is generally carried out in the mosque area, no wonder the Bayan Ancient Mosque began to be widely known among tourists.

Tiu Ngumbak Waterfall has a height of 40 meters, with heavy water discharge and directly hit the rocks below, like sea waves that hit the reef. This place is a favorite of tourists who want a peaceful natural atmosphere. In this place, we can swim under a shower of heavy waterfalls, with cool water. Do not forget this waterfall can also be a very beautiful photo background for tourists.

One of the mainstay attractions of the island of Lombok is the Three Gili, namely Gili Trawangan, Gili Meno, and Gili Air. These three small islands are located close together and surrounded by very clear waters with beautiful coral reefs.

Another advantage of the Three Gili is that there are no motorized vehicles inside the island. So this place is anti pollution and very comfortable. Instead a bicycle rental is provided and also a traditional public transportation called Cidomo, a kind of horse carriage. 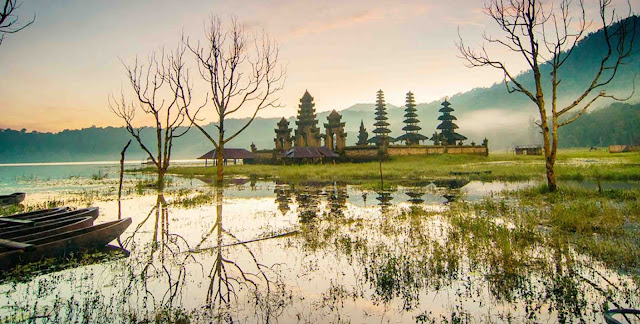 Although not as busy as other cities in Bali, Buleleng keeps a lot of interesting tourist destinations for us to stop by. Surely the one who has always been superior in Bali is a beautiful line of beaches. Is it just the beach? Not really.

Buleleng is a Regency in the province of Bali, and is the capital of Singaraja. Buleleng Regency is surrounded by the sea. Buleleng is directly adjacent to the Java sea in the north, and to the west of the Bali Strait. Buleleng has tourism that is no less exotic than other popular areas in Bali.

Buleleng can also be said to have a complete area. Because in Buleleng there are mountains, land, and also the northern sea of ​​Bali. This makes Buleleng have tourism that is not inferior to the cities of Kuta, Ubud, and Uluwatu.

What are the top tourist destinations in Buleleng? Next is the list: 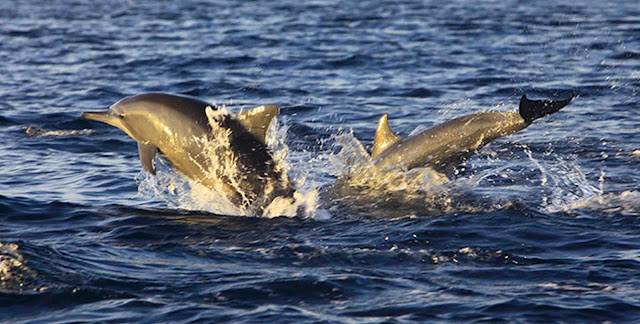 Located about 9 kilometers west of Singaraja, Lovina Beach is one of the main tourist attractions in Buleleng. Besides its pristine beaches, Lovina Beach also offers the experience of seeing dolphins in the wild. By renting a local fishing boat, we can see some dolphins up close that seem to greet us on a boat.

To watch dolphin attractions on the high seas Lovina Beach will take around 2 hours. Usually it starts from 6:00 a.m. to 8:00 p.m. If it's too bright, dolphins will usually leave Lovina Beach. So don't forget to record the best time, huh!

Located in Banyu Poh Village, Grokgak District, Buleleng Regency, or about 50 kilometers from Singaraja City. Pura Agung Pulaki Buleleng is one of the largest temples in North Bali. Located at the foot of the hill and surrounded by many green plants that spoil the eyes. Besides that, there is also an ocean that stretches in front of the temple which is the main attraction. There are also monkeys that live around the Pulaki Temple, usually monkeys often gather at the temple grounds, we can also give them food.

Lake Buyan is one of three twin lakes formed inside a large caldera. The lake is flanked by two other lakes, namely Lake Tamblingan in the West and Lake Berata in the East, and Lake Buyan being the largest of the three.
Located in the Pancasari Village area, Sukasada District, Buleleng Regency, Lake Buyan has 1 kilometer of forest. The forest is right between Lake Buyan and Lake Tamblingan. 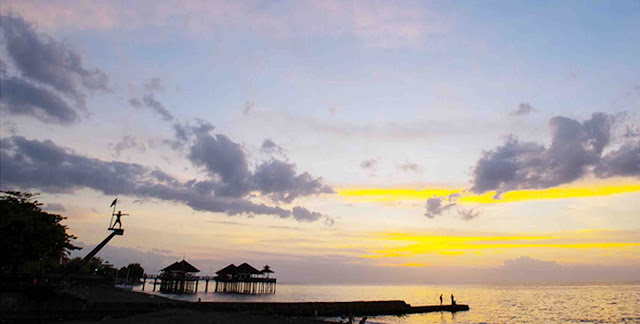 Menjangan is indeed known by foreign tourists as the lowest diving point in Bali. Obviously, the main tourist destination on Menjangan Island is not just a stretch of white sand beach. But also the beauty of the underwater with a variety of colorful. Located in Gerokgak, Buleleng, Menjangan can be reached in around 1.5 hours from Singaraja city, or about 3 hours from Denpasar.

So if you go to Bali, don't just go to Kuta. Try exploring tourism in North Bali too, huh!

4. Raja Ampat: Heaven of World Adventure at the Edge of Papua 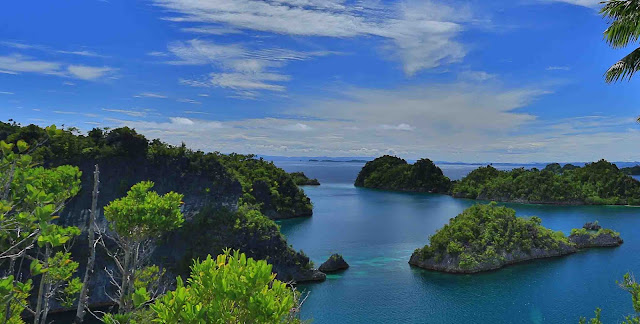 At first glance the mind glazed and a beautiful painting appeared imagined. The open sea with neatly arranged coral islands welcomes some cheerful jumping dolphins. The blue sky combined with the beautiful ripples of the waves combing every white sand on the shore. Fresh air blowing boisterously guarantees the natural coolness of the typical green tropical forests. The sound of seagulls bursting beautifully as if singing and grateful for this amazing sight. From inside the water, a variety of beautiful colored fishes graced the living corals that gracefully dance. This is a real life paradise on earth. 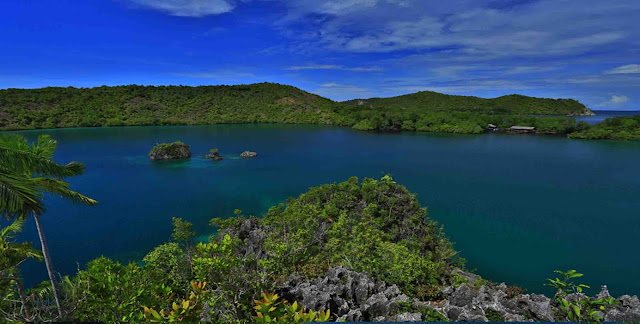 The description of the beautiful place above is not a dream, everything is real and truly exists. Raja Ampat Islands, West Papua, Indonesia is the place. The islands located on the northwestern tip of the island of Papua are indeed already widely known as 'gold mines' for adventure enthusiasts. Meanwhile, for divers in and outside Indonesia, Raja Ampat is considered a paradise that cannot be expressed by words. The only way to prove these opinions is to come to enjoy the ‘the pearl’ at the end of Papua. 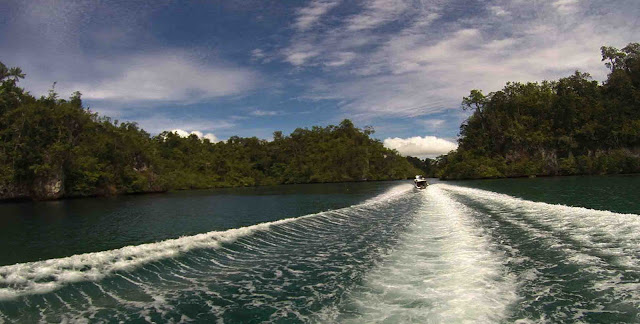 Raja Ampat is a district and is part of West Papua Province. To reach this island, we must set foot in the city of Sorong first. Usually many tourists use flights to get to this city. After arriving in the city of Sorong, we can use a kind of fast boat that usually sails twice a day to Waisai, the capital of Raja Ampat district. The trip will only take around 2-3 hours from the port of Sorong, until it reaches the port of Waisai Raja Ampat. 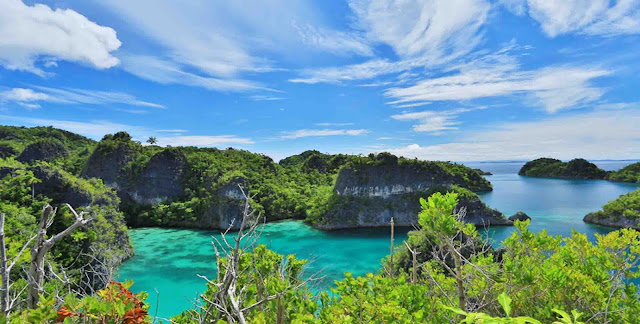 In general, Raja Ampat is an archipelago consisting of a large number of coral islands and is widespread throughout its territory. However, Raja Ampat has the four largest main islands, namely Waigeo Island, Batanta Island, Salawati Island, and Misool Island. These four large islands are the starting points for the spread of the entire population of Raja Ampat, most of whom work as fishermen. The waters region is the main attraction of Raja Ampat, considering the waters of Raja Ampat are one of the 10 best waters in the world. This is based on various studies on the richness of flora and fauna and marine preservation that Raja Ampat has.